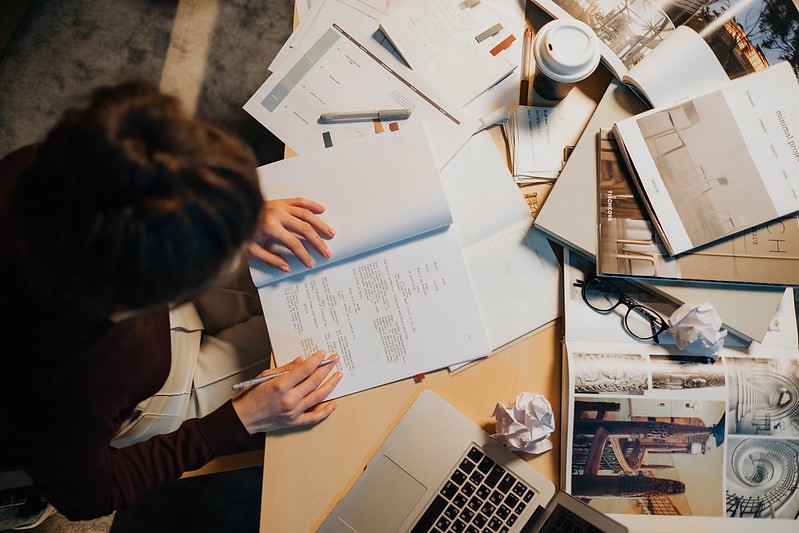 History can be a very exciting subject, no matter what the current level of your studies is. History lessons have a lot to teach you in middle or high schools, colleges, and even universities. Young people ought to remember the past in order to build the future. That is why professors want you to come up with good history paper topics.

And that assignment can be challenging. You don’t always know which topic to choose to make your research paper or essay interesting and original. So, here below are the themes worth paying attention to.

Though, you shouldn’t expect to find easy history projects here. A worthy research paper can’t be easy to complete at all. However, if you pick your topic thoroughly, you’ll be excited to finish your paper with dedication and get the highest possible grade for it.

So, here are eighteen interesting history topics. Ten of them are devoted to American history, and the other eight will suit world history discussions and studies. Choose the one you like the most and discover the past in detail.

The history of the United States as an independent country is not the longest one you can find throughout the world. However, it is definitely rich in events, personalities, ideas, heroic deeds, and also fatal mistakes. Choose among the early American history topics or go in for the more recent ones. It’s your call. But no student should ever forget the sacrifices and challenges that their people faced throughout ages.

It was a military conflict between the US and Mexico between 1846 and 1848. In Mexico, the conflict is also known as the North American Intervention. In the US, it is the Mexican War. The conflict took place in:

Why did the conflict happen? What was the process? How did it end? It’s a broad topic you can disclose and discuss a lot, no matter it is less popular than the War on Independence or the Civil War among the US citizens. You can turn it in for your benefit, can’t you?

Yes, here we go. Along with the War on Independence, the Civil War is one of the turning points of the United States’ history. The conflict between the North and the South that lasted in 1861-1865 was the bloodiest fight in the entire history of the country.

It’s not a joke. The Civil War took more lives of Americans than any other military conflict with the US involved, including even World War Two. What was the reason for such a massacre? How did it happen? What were the short-term and long-term consequences? This event defined the very principles of the United States of America, so you might want to discuss the ideological background of the rivals in detail.

Confederates lost the Civil War. Although their defeat automatically threw them to the wrong side of history, the Confederate states had their heroes who showed exceptional bravery, war mastery, and nobility in the fight. They are worth remembering.

Find the most significant monuments of Confederates and explain their meaning. You may also want to discuss whether it is right to get rid of those monuments regarding the newest American historical events. Should the memory be partial?

The Assassination of Abraham Lincoln

Abraham Lincoln’s influence on American history is impossible to overestimate. The 16th President of the United States, Uncle Abe, made a huge contribution to the state both before and after he won the election. Americans found his deeds great enough to acknowledge this man as their national hero.

Lincoln was shot on April 14, 1865, five days after the Civil War was over. The Confederate supporter, John Wilkes Booth, took a shot to the president’s head, and Lincoln died the next day. What were the motives of the killer? What were his last words? What were the historical consequences of Lincoln’s death? That event has a lot to discuss, hasn’t it?

The US in World War One (The Great War)

The Great War lasted from 1914 till 1918, literally all over the world. It was one of the biggest military conflicts in human history. Over 70 million soldiers were mobilized to fight, and almost 20 million of them died.

Americans took a significant part in the conflict. What was the reason for the US to support their European allies? Why did American citizens fight in a distant conflict? Who were the main American heroes? How did the USA change the overall balance? What were the consequences of the Great War for America?

The US in World War Two

After the Great War was over, people used to think that they survived the Apocalypse, and there would never be a war that could become crueler and bloodier than World War One. It was told to be the war to end all wars. Back in that day, people all over the world couldn’t even imagine the events that were going to happen two decades later.

And Americans could not expect that World War Two, which was another distant conflict at the very beginning, would influence their lives as much as it did. Why did the USA support Britain, France, and the Soviet Union in their fight against the Axis? How did the fight in the Pacific against Japan last? Were the American troops in Europe the decisive factor to defeat the Third Reich? These and many other questions are there for you if you pick this topic for your research.

The Development of the American National Identity

The process of the American nation’s birth was launched at the time when the first settlers arrived from Europe to colonize the New World after Columbus and Vespucci’s expeditions. There were numerous factors, events, and conflicts that made the descendants of British colonizers think they were Americans, not British. Try to track how that all happened in your research paper.

The Foreign Policy of the US in the 1990s

The 1990s were rich in geopolitical changes and challenges. The Dissolution of the Soviet Union, the end of the Cold War, the Iraqi conflict and the US intervention, and many other events made the United States react to the extremely fast-paced reality of the late 20th century.

At that moment, the US was the dominant power on the planet. How did American officials manage to deal with all the challenges and changes in the international field during the tough times of the 1990s? Try to come up with a solid position in your research paper.

Modern History: the BLM Protests and their Consequences

The death of George Floyd on the 25th of May, 2020, definitely became the historical turning point. The BLM protests are among the most relevant US history project topics you can find. How did history change after the Americans began standing against police brutality and violence? What will be the long-term consequences of the current events? Try to come up with your ideas in the paper.

Those were ten topics on American history. Now, let’s pay attention to world history essay topics. These can be equally exciting.

Rise and Fall of The Soviet Union

The processes inside the Russian Empire before and during World War One and the Russian Civil War resulted in the domination of the communist ideology throughout the country’s territory. After that, the USSR appeared.

How did that happen? What were the main achievements and failures of the world’s largest country during its existence? Why did the Soviet Union dissolve? Was it an unavoidable process? Try to answer these questions in your paper, and it will surely be original.

Americans themselves say that the history program they have in schools is US-centric a lot. That is not bad. But the limit of time that teachers have to cover that program makes it impossible to reveal many other significant history episodes. The Eastern Front of WW2 is one of those.

The battle between the Third Reich and the Soviet Union in the Eastern Front of World War Two was the most intense fight the world has ever witnessed so far. Both sides combined lost over 20 million soldiers in four years. The number of people and techniques involved was immense. Would you like to come up with an in-depth study of the greatest war theater in human history?

War of the Roses: Causes and Consequences

The War of the Roses is a series of dynasty wars between English nobility representatives that happened between 1455 and 1485. It was the civil war in England. Two branches of the Plantagenet dynasty – York and Lancaster – were fighting each other to define who should take the throne and rule the county.

In a research paper, you can try to come up with a detailed war chronology, supporters, main battles, and outcomes. That war was a long-lasting process, and it has more than enough reference materials available in English. Use them all for your benefit and get the top grade.

The Historical Legacy of The Roman Empire

The Roman Empire was the dominating power of the ancient world for almost 500 years. Romans were the only civilization in human history that ever controlled the entire Mediterranean shoreline. They made a huge contribution to everything, from war sciences to culture and art. You might want to pay attention to the legacy of Romans in your research paper.

The Nomad Conquest: Mongol Expansion of The 13th Century

They say that the conquest started by Cengiz Khan in the 13th century made more than 25% of the whole Earth’s population move to other lands at that time. It was the largest empire that ever existed on the planet: its borders reached Eastern Europe in the West, the Sea of Japan in the East, Novgorod in the North, and India in the South.

How did the nomad civilization manage to conquer and keep the reign upon such a great territory? That’s a great topic for a study.

The expedition of Christopher Columbus in 1492 began the long-lasting process of colonization that involved Europeans and Native American people in a series of brutal conflicts. How and why did Europeans manage to dominate their rivals in South America? What were the consequences? Go in for a study to answer these and other topical questions.

The German Empire dissolved after World War One was over. The country was in ruins. The nation was in despair. Two decades later, Nazi Germany was among the most powerful states in the world, which started another great conflict on a global scale. What decisions and processes happened in the interwar to return and even multiply the might of the Third Reich?

Ancient Egypt: The Cradle of Civilizations

Among all the history research paper topics, those connected to ancient civilizations will always remain special. Thousands of studies were conducted on them, and there still is a lot to tell, explore, and understand about Ancient China, India, Mesopotamia, Greece, and, of course, Egypt.

The influence of the Egyptian civilization on the entire humanity is hard to overestimate. The mighty ancient state at the banks of the mighty Nile became the game-changer for many of its descendants. The history of Ancient Egypt includes over 40 centuries, and it’s up to you what period you would like to concentrate on the most.

Coming up with good history essay topics is not too challenging, as the process of human development is rich in events and personalities worth mentioning and studying. However, it is crucial to find worthy historical research questions to give the right direction to your work.

In case you are not sure you’ll be able to deliver your history research paper or essay on time, don’t forget there are professionals ready to assist you with academic writing assignments online. Contact them any time to keep your college progress as great as you surely want.